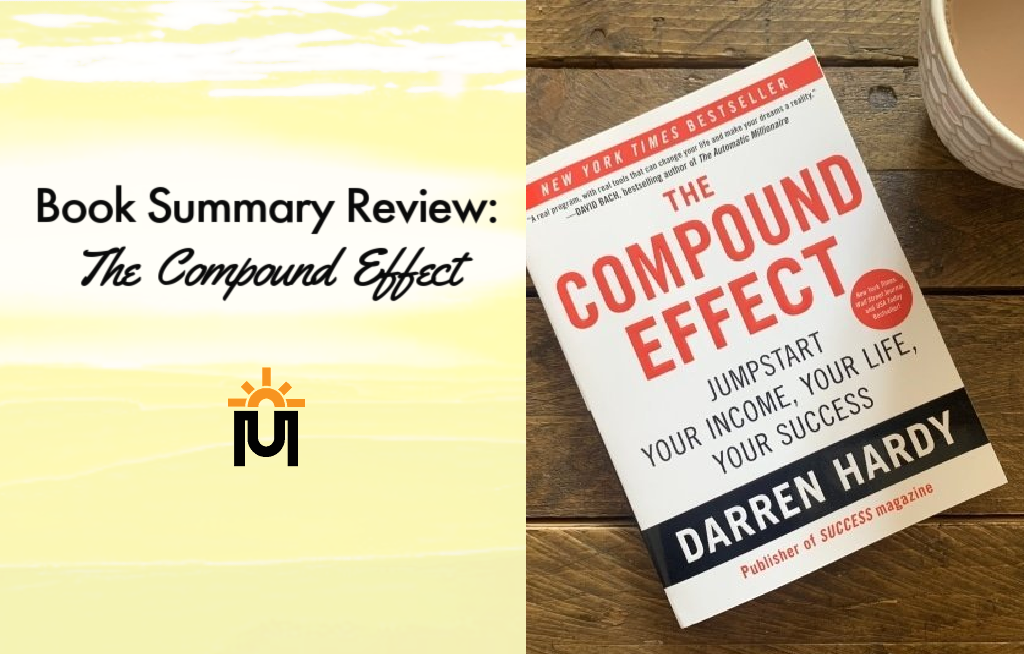 Darren Hardy’s The Compound Effect: Jumpstart Your Income, Your Life, Your Success is a self-improvement book published in 2010. Hardy, an American author, and a keynote speaker, has been in the success industry for more than two decades. He is also the visionary force behind Success magazine. In this book, the author highlights the importance of small everyday decisions and their cumulative effects. Using his life examples and those of others, Hardy illustrates to the readers why big, sudden changes hardly work, and how one can change their life over a period with the power of small and day-to-day steps. Being consistent in small and day-to-day steps helps one build momentum and bravery to break through limits when encountered. Bottom line, the book provokes readers to take responsibility for their lives, change habits that need to be changed, and carve out a more successful, fulfilling, and happy life.

Hardy starts the book by introducing the Compound Effect concept. The concept refers to “the principle of reaping huge rewards from a series of small, smart choices” (p.9). This book’s premise is comparable to the compound interest in finance, where small savings become huge returns over time. As per the author, the habits should be made routinely until the compounding effect kicks in. Hardy goes ahead and introduces consistency as a fundamental principle for success. According to him, consistency makes the most successful people who they are today. However, in today’s society, people like immediate gains. Hardy comments on this, pointing out that success does not come quickly. As mentioned earlier, people produce compound gains by making correct decisions and sticking to them over time. How can one start compounding when it comes to behaviors?

In chapter 2, titled “Choices,” the author argues that if individuals want more, they have to become more, since success is not something one pursues. In this chapter, Hardy guides people toward making better decisions. He provokes people to stop living their lives on autopilot, but to instead start making conscious, deliberate decisions. Even though staying on autopilot may feel comfortable, one should constantly and actively make decisions to stay on track with their goals. The author goes ahead to introduce the conscious decision-making concept. According to him, this concept involves taking responsibility for one’s life, including the successes and failures.

Apart from taking responsibility for one’s life, Hardy advises the reader to start tracking small decisions made every day. How many hours have I worked? How many hours did I waste? How many hours did I spend browsing? among others. Keeping track of these activities that either compound you towards, or away from, attaining the higher goal helps you keep on track. In concluding this chapter, Hardy provokes the reader to start compounding as soon as possible. The sooner changes are implemented, the sooner they become habits and start bearing fruits. How can such change be done?

In chapter 3, titled “Habits,” Hardy argues that creating new habits takes time and hence one should be patient with one’s self. If one falls while trying to create new habits, Hardy encourages them to brush themselves and get back on. Since habits are not on autopilot and are strengthened through practice, Hardy provokes his audience to master and take control of their habits. The chapter offers steps on how to do so.

When eliminating bad habits, one should first identify bad habit triggers. In this case, one should think of the 5 W’s attributed to the bad habit:  Why, What, Who, When, and Where. The second step involves eliminating the trigger warnings from the environment and substituting the bad habit with a good one with similar rewards. Lastly, one should decide whether they want an instant or gradual habit change. Some habits are easier to change, while others take time.

When it comes to creating good habits, you should start by making a concrete decision. The second step involves eliminating the barriers between you and the desired action. For example, snacks should be eliminated from the cupboard when the goal is to make eating healthy decisions. The third step involves focusing on the benefits that the good habit will bring, rather than the losses experienced. As per Hardy, these changes should be done in public. Doing such fosters accountability and creates pressure that steers one in the right direction. Lastly, the author encourages readers to create small competitions for themselves, such as beating the last record and celebrating small wins.

In chapter 4, “Momentum,” Hardy argues that building good habits is key to producing a positive compounding effect. However, individuals require momentum to push themselves when hit by tough times. One way that can be used to build momentum is the mastering of daily routines. In this chapter, Hardy outlines his daily activities from morning to evening. Irrespective of the day’s challenges, he argues that he must complete all the daily routines without fail. With the day’s routine on the check, one can later move to weekly, monthly, and yearly plans. One of the author’s tools to plan for weekly, monthly, and yearly plans is the Rhythm Register. As per Hardy, this register effectively tracks the rhythm of a new behavior on a weekly, monthly, and yearly basis.

When it comes to taking control over associations, Hardy argues that the people one associates with will determine their failure or success up to 95%. In this case, he challenges the readers always to ensure that the people surrounding them are supportive and inspiring. He also encourages the reader to focus on quality associations rather than quantity. Additionally, people should identify friends with similar goals, determination, and values. Lastly, taking control of one’s environment involves eliminating psychological and physical clutter that influences one’s life.

In the last chapter, “Acceleration,” the author encourages the reader to multiply their results by giving more than usual energy or thought to efforts. In this case, obstacles should be approached as opportunities to overcome. According to the author, some people overcome obstacles, while others fail because they give up. Hardy agrees that meeting expectations earlier set is a good thing. However, he provokes readers to always try and exceed expectations. Doing so multiplies success.