Book Summary Review: The Monk Who Sold His Ferrari 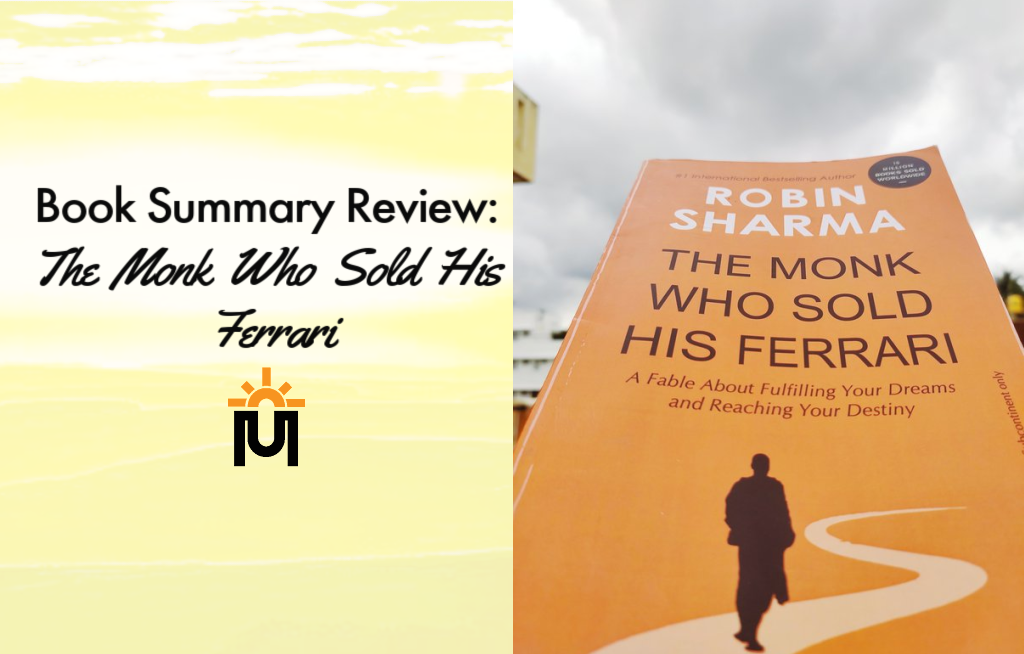 The Monk Who Sold His Ferrari is an eye-opening and inspirational novel by Robin Sharma, a renowned Canadian writer, and a speaker on leadership and life management. The book features a fictional lawyer, Julian, who loses control over his life. With his workaholic mindset of working up to 18 hours a day, Julian is winning court cases. Unfortunately, he continues to lose the most important thing, which is the case of his life. When he collapsed in the courtroom and was diagnosed with a heart attack, the doctors warned him against work-related pressure, and in this case, he had to quit his job. He later sold his mansion, Ferrari, and a jet, and went to the Himalayan mountains to study the seven virtues of the sages of Sivana. The book wholesomely offers an uplifting story filled with key life lessons and vital life factors that define a successful existence.

The book begins by explaining Julian’s life and his workaholic behavior. Julian is an imaginary figure used to take the point home. After graduating from Harvard Law School, Julian becomes the most prominent lawyer in America. He gets a seven figures paycheck, lives in a mansion, and drives a Ferrari. He also has a private jet. Even though he lives a  life considered ideal by many, he strives for more fame and money, leading him to work for up to 18 hours a day. As a result of his workaholic behavior, he is divorced, has no social relationships, and, at 53, he looks like an 80-year-old man. After collapsing in a courtroom, doctors advise him to avoid pressure which means leaving his profession. The recommendation comes as a surprise since all he has known for his entire life is working hard and winning cases. Unfortunately, looking at the case of his life, he is a big loser. He takes days to digest the information and realizes he has made many mistakes and needs to change. He decided to visit India to find answers, and a modest life.

Julian took a bold step and set out on a journey across the Himalayan mountains to the mystical land of India, where Indian monks lived. The monks living in the mountains were not ordinary; they had the highest kind of wisdom, and were capable of liberating the potential of a human’s soul, body, and mind. The monks were also known to have lived for more than a century with the energy of young men. Climbing into the rarified regions of the Himalayan mountains, Julian wondered about his past life. Even though he felt liberated from work-related stress and strain, he wondered if he could live without the intellectual challenges found in the legal profession. After traveling for seven days with little food and water, Julian was exhausted and thought he was lost.

Almost giving up, Julian spotted a traveler, Yogi Raman, and on talking with him, he realized that he was one of the monks. Yogi offered to mentor Julian through the Sivana seven fundamental virtues that prepared the ground for the Sivana system. The seven virtues include mastering the mind, following one’s purpose, practicing Kaizen, and living with discipline. The last three include resting time, selflessly serving others, and embracing the present. When it comes to mastering the mind, the first virtue, also known as the magnificent grade, Sharma tells the readers the importance of mastering the mind and not letting it take control. Mastering the mind involves thinking positively, and overcoming negative thoughts. As the greatest tool, the mind can be used for good and bad. The mind, in this case, is likened to a garden; with good cultivation, good stuff grows and multiplies.

The second virtue learned by Julian was following one’s purpose. According to Yogi,  people should use the lighthouse, which offers direction to ships sailing in the ocean. In the same way ships follow the light to reach their destination, people should choose a goal and work towards achieving it despite the challenges faced along the way. The third virtue is linked to the sumo wrestler that symbolizes Kaizen, which refers to continuous learning and improvement. As kaizens are strict with their diet and discipline to attain their huge physique, people should develop habits and stick to them for growth. Yogi proposed reading books since they are the best mentors. Books contain everything authors have learned throughout their lives, but one can attain all that knowledge in just a few hours through reading.

The fourth principle is about the discipline linked to the wrestler’s underwear made of wires. The wires symbolize self-control and discipline. In the same way the wrestler wears underwear that may hurt him, individuals should practice self-discipline that may not be pleasant initially. Discipline is an essential part of life, and ensures a smooth flow of life while teaching people to be systematic towards attaining goals. The fifth principle is about the golden stopwatch and explores more on time management. According to the book, everyone has 24 hours in a day, and success depends on how an individual utilizes their time. In this chapter, one learns how to plan their time and stick to the plan.

The next principle is linked to the fragrant rose, selflessly serving others. The book urges people to be like roses and spread fragrance in the environment. Such behavior involves feeding the needy and living for others. However, the book cautions people against serving to impress, to receive recognition and fame. The last principle is embracing the present, also known as the path of diamonds. The human brain is designed to think about the past, sometimes while worrying about the future. However, living in the past and worrying about the future means that one may never enjoy the present. The present moments are diamonds in life, and they are supposed to be lived and enjoyed.

After three years of learning, Julian would appear in his previous coworker’s office to fulfill the promise he made to Yogi. He wanted to teach his coworker John about the seven sages of Sivana. Entering John’s office, Julian wore a smile similar to Buddha’s spread across his face. He narrated to John about walking from one village to another in India and discovering yogis who appeared to challenge aging. He argued that while in the Himalayans, he experienced a reawakening and ultimately found his soul. He later shared the knowledge of the sages of Sivana learned in the mountains, and requested John to share the lessons further. The knowledge learned from Yogi is shared as a fable that contains the seven virtues for a life full of life, peace of mind, joy, concentration, and wealth in spiritual gifts.

2 thoughts on “Book Summary Review: The Monk Who Sold His Ferrari”